At a meeting organized by the European Parliament’s Intergroup on Religious Freedom or Belief and Religious Tolerance on 25th April 2017, EPRID joined a panel of academics, religious leaders and field experts on the theme of “Best practices: How religious and belief communities reach out to each other in words and deeds”. The meeting was hosted by the EP Intergroup’s Co-chair Dennis De Jong, with a keynote speech by Dr. Ahmed Shaheed, the UN Special Rapporteur on Freedom of Religion or Belief.

Elizabeta Kitanovic outlined EPRID’s objectives and activities since its foundation in 2006, such as its contribution to the drafting process of the EU Guidelines on FoRB and EEAS training on FoRB for EU diplomats. “EPRID is an example of how relationships among members grow and advance each time we find common denominators related to EU policy”, she said. “The platform helps us to be more aware of sensitivities to different cultural and religious sources of diversity, to communicate openly and to enter to meaningful dialogue”. 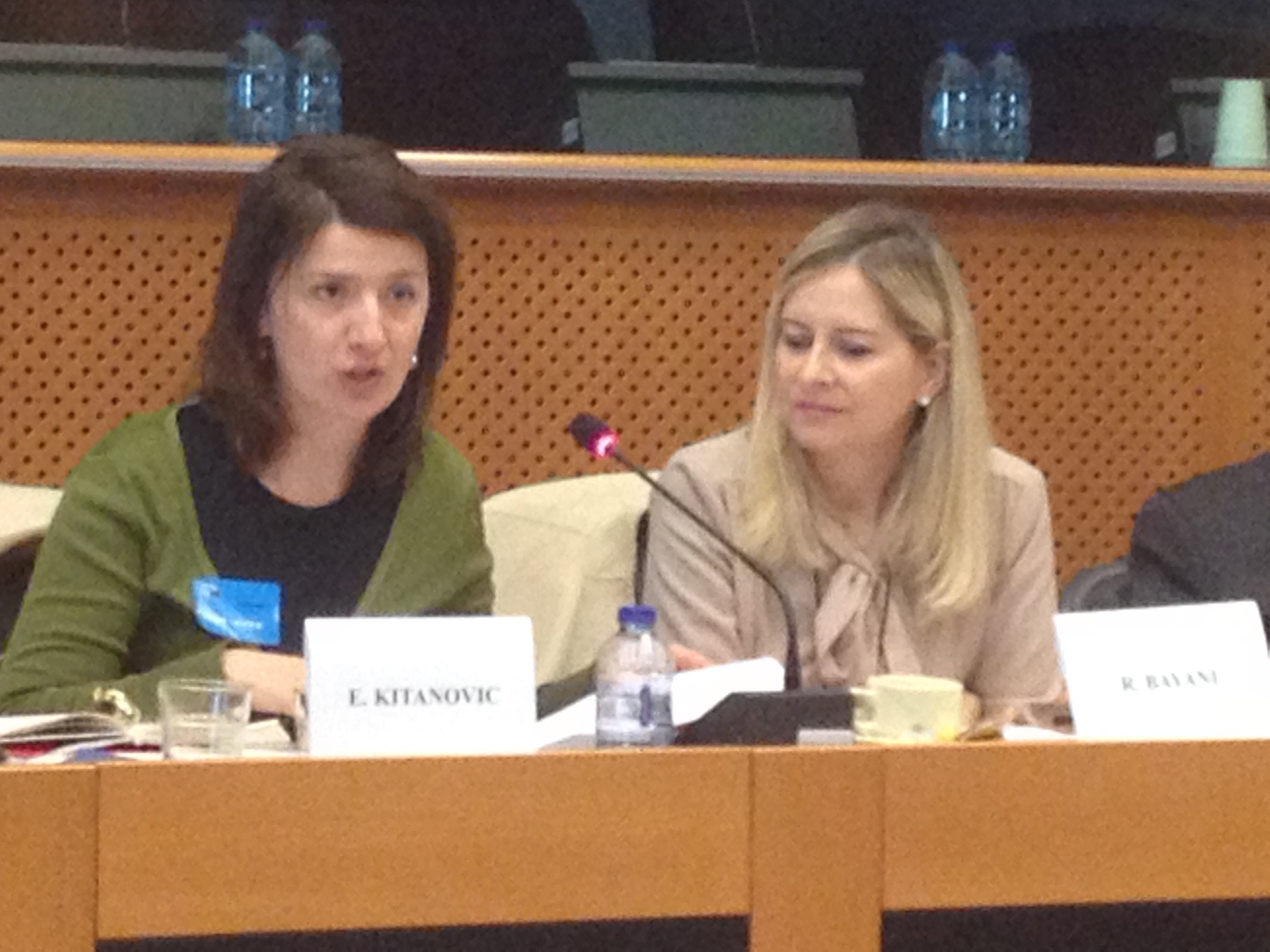 Rachel Bayani expressed EPRID’s conviction that meaningful religious collaboration requires a new approach and even change of mindset. “It is no longer enough that religious communities are encouraged to tolerate each other or to live peacefully side by side. The requirements of this age are such that our efforts need to go into nurturing deep bonds of friendship, cordial collaboration and mutual support between religious communities”. She urged all participants to “think profoundly about what narratives are helpful and which ones are not helpful in fostering religious collaboration. How is the constant insistence on exclusivity or finality, or on privileged access to truth a barrier to whole hearted collaboration? How, on the other hand, is an acknowledgement of a variety of ways to relate to the transcendental key in promoting mutual support?” This key, she said, is to “shift the focus from repeatedly highlighting the difference in doctrine, rituals and legal codes to really gaining a deeper understanding of that which unites us”. 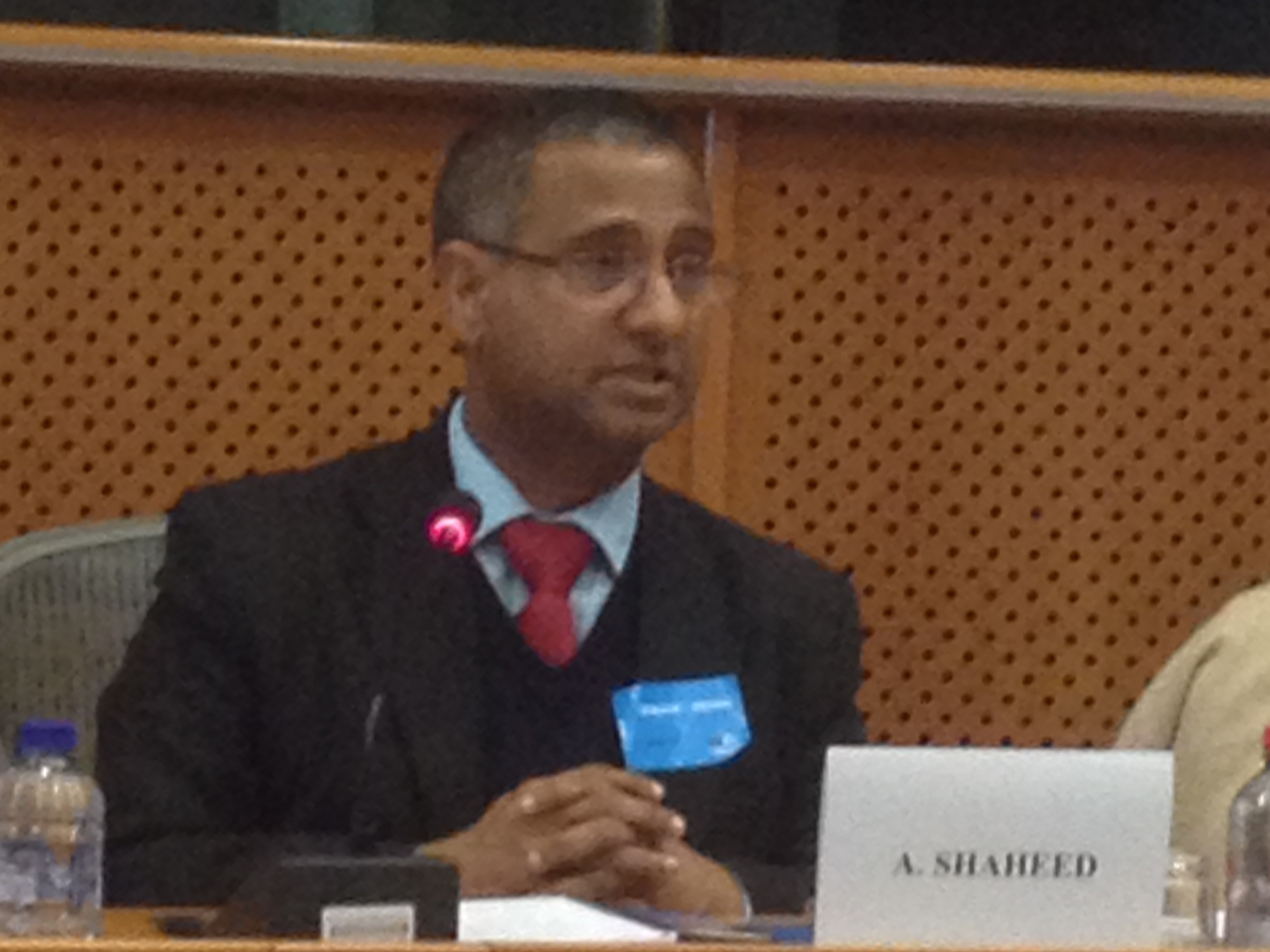 Dr. Ahmed Shaheed, UN Special Rapporteur on FoRB, focused on the positive role of religion and religious freedom in promoting peace. Whereas religion is often associated with violence and conflict, he said, “to ignore the positive role that religious and belief communities can play is to lose some of the best resources that the world has to address some of the pressing challenges of our time”. Religious and belief communities are often at the heart of struggles for freedom, human rights and democracy, indeed “one reason why authoritarian regimes seek to silence and suppress religious and belief leaders and communities is because they represent the aspirations of a better world”. Dr. Shaheed noted a general failure to understand that religious freedom, human rights and security are not mutually exclusive, but in fact are interdependent. “How can we demonstrate this interdependence? We can do that when when we are able to show that it is freedom of religion that can create societies that can be resilient against the very concerns held by the security community—that it is freedom of religion that will give the space for hate speech to be discredited; to challenge the hatemongers, to mobilise the positive resources of religion and belief, and to ensure the forces of darkness cannot prevail”.

EPRID is a network of civil society organisations, including religious and non-religious associations, that aims to contribute to the collective promotion and protection of the right to freedom of religion or belief in the world as defined by Article 18 of the Universal Declaration of Human Rights.