On 23 February, at their annual general meeting, members of the European Platform against Religious Intolerance and Discrimination (EPRID) elected Rachel Bayani, Francesco Di Lillo and Susan Kerr as the new Board of Coordinators.

The board serves for a one-year term and is in charge of the administrative management of EPRID and the implementation of decisions taken by the platform. It also ensures representation and liaison with institutional interlocutors and third parties, and keeps the platform informed of relevant opportunities and events.

Rachel Bayani is Representative of the Baha’i International Community’s Regional Office in Brussels, having joined the office in 2013. Since 2004, Ms. Bayani has worked as a justice and home affairs counselor for the Permanent Representation of Luxembourg to the European Union, dealing mainly with asylum and migration issues. Prior to that, she served in Bosnia-Herzegovina with the UN High Commissioner for Refugees and with the peacekeeping mission there. Ms. Bayani has also served with the EU’s police mission to Bosnia-Herzegovina and with the UN good offices mission in Cyprus, dealing with legal affairs. A citizen of Luxembourg, Rachel holds a law degree from the University of Sorbonne in Paris and a Master’s in international law from Cambridge University. 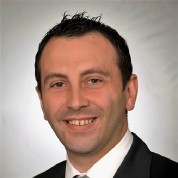 Francesco Di Lillo is the Head of the European Union Office of The Church of Jesus Christ of Latter-day Saints in Brussels since its opening in September 2013. Prior to this assignment, he worked as Assistant Area Director of Public Affairs for the Church in Europe, and as President of the Italy Utah Cooperation Center (2011-2015), a nonprofit organisation he co-founded. He gained some international experience in Cyprus with the Italian Embassy, the United Nations Development Program, and finally with the United Nations High Commissioner for Refugees. Francesco holds a MA in Theory of Communications from the University Roma Tre, specialising in conflict resolution and peace-building. He also holds a MA in International Relations and Human Rights Protection from the Società Italiana per l’Organizzazione Internazionale. 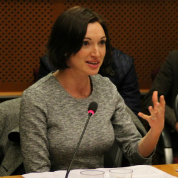 Dr Susan Kerr works as the Europe Advocacy Manager at Christian Solidarity Worldwide (CSW), a human rights NGO that specialises in Freedom of Religion or Belief (FoRB) and works to promote and defend this right for people of all faiths or none. Prior to working for CSW, Susan also worked in the European parliament. Susan holds a PhD in Peace Studies from the University of Bradford, an MA in International Politics from the Université Libre de Bruxelles and an MA in Modern Languages and EU Studies from the University of Edinburgh. Susan is a member of the Board of Experts of the Conscience and Liberty Journal and is a member of the International Association for Critical Realism (IACR). She is also engaged in peace and conflict resolution initiatives.

2016 marks the 10 year anniversary of EPRID’s existence as a platform.